Jakarta (Indonesia Window) – Not only does Saudi Arabia have a large stretch of desert, but will also soon have a green area following the launch of a national greening campaign on Saturday (26/10).

The tree planting campaign by the Ministry of Environment, Water and Agriculture of the Kingdom of Saudi Arabia has started from the Thadiq National Recreation Park in Riyadh Province, where 50,000 trees were planted, the Saudi Press Agency (SPA) was quoted by the Saudi Gazette.

The campaign was welcomed by the local community, visitors, the private and public sectors as well as schools.

The Ministry provided a special registration form on its website for those who want to join the campaign that is part of the 2030 Royal Vision.

The Royal Vision places great emphasis on protecting the environment and natural resources in achieving sustainable development and prosperity for the people.

Meanwhile, the Ministry of Environment, Water and Agriculture, and the Saline Water Conversion Company (SWCC) some time ago signed a Memorandum of Understanding (MoU) to support initiatives to develop afforestation and cover natural vegetation, by planting five million local desert plants by the end of 2030 using processed water.

Afforestation is the formation of forests or standing trees in areas that were not previously forested.

The signing of the Memorandum of Understanding is an effort to reduce the loss of grasslands and forests, overcome desertification, preserve wildlife, increase environmental awareness, and adjust climate change by planting local desert trees.

The agreement also aims to strengthen cooperation and coordination between ministries and the SWCC to build effective partnerships, work integratedly in utilizing rechargeable water sources such as rainwater and sanitary drainage water using modern technology and international best practices.

The tree planting campaign in Saudi is a big breakthrough because the region has an arid ecosystem characterized by erratic rainfall and high temperatures.

On the other hand, the greening of Saudi Arabia is a reminder of the hadith of Prophet Muhammad ﷺ about the signs of Judgment Day narrated by Abu Hurairah Radhiyallahu ‘anhu, namely:” The Doomsday will not happen until the Arab lands turn green full of plants and rivers.” 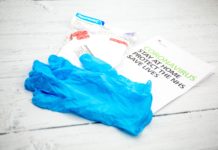 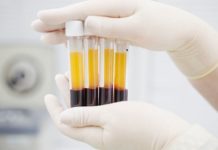 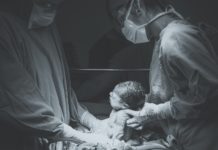