Jakarta (Indonesia Window) – Saudi Arabia announced on Wednesday (Sep 16) the discovery of 120,000-year-old footprints of humans and predators in the northern region of Tabuk, the Saudi Gazette reported.

The Saudi Ministry of Culture, represented by the Heritage Commission, pointed out that a joint team, comprising of Saudi and international archaeological experts, made the discovery of footprints of humans, elephants and predatory animals around an ancient, dry lake on the outskirts of the Tabuk region, dating back to more than 120,000 years.

Dr. Jasir Al-Herbish, president of the Heritage Commission, said that the new and important archaeological discovery represents the first scientific evidence of the oldest human habitation in the Arabian Peninsula that provides a rare glimpse into the living conditions of humans in this part of the world during their travels and settlements.

Based on the results of archaeological survey, he stated, the existence of hundreds of natural pools in the Nafud desert had contributed to the survival and reproduction of living beings of various kinds.

“The team identified footprint traces of seven humans, 107 camels, 43 elephants and other animal traces from ibex, deer and bovine families, which were moving in groups of adults and offspring, in addition to about 233 fossils that represent the skeletal remains of elephants and oryx,” he noted.

Studies showed that the site contains seven archaeological layers, in which Acheulean stone tools were found, and these tools existed in their original place, and were not affected by natural erosion.

The site was distinguished by the presence of an advanced stone industry, which included stone axes, as is known in the continent of Africa.

Al-Herbish said this discovery is one of the results of the great scientific project named the Green Arabia Project, supervised by the commission.

He said the commission cooperates with the German Max Planck Institute, the University of Oxford, Australian University of Queensland, King Saud University, the Saudi Geological Survey and Saudi Aramco in undertaking the project.

The Saudi and international research team have been working for more than 10 years on multi-disciplinary field research called The Green Arabian Peninsula, which covered different desert areas, around volcanic hotspots, and near some coasts in Tabuk, Najran, Riyadh, Hail, and Madinah.

According to Al-Herbish, the results of the joint scientific project proved that there are significant changes in the environments ranging from extremely arid to wet.

The current evidence strongly supports the assertions of the existence of ‘Green Arabia’ in the past as there are environmental records and archaeological sites dating back 500,000 years.

There were rivers and lakes throughout the Arabian Peninsula, which led to population spreads and expansions, and this confirms that the peninsula was a major crossroads between Africa and the rest of Eurasia throughout prehistoric times.

Through extensive surveys, excavations and studies of the fossilized animal remains in the western Nafud desert, the Green Arabia Project has been able to understand the ancient climatic conditions and the nature of the environment prevailing in the Arabian Peninsula.

These studies showed the existence of multiple types of animals, including the straight-canine elephant, fish, and birds, confirming the density of vegetation and the constant availability of water, and subsequently the Nafud desert had become home to many types of animals such as the European tiger and the hyena.

Scientific results of the studies also showed that there were many lakes and rivers in the region.

Al-Herbish pointed out that there is evidence indicating that human groups have learned to cope with dry conditions and environmental changes by adopting to a lifestyle that depends on grazing and managing their natural habitats in the oases.

The studies also revealed the existence of the Assyrian groups, about 200,000 years ago, in Safaqah in the governorate of Dawadmi, after the migration of their ancestors from Africa.

This was one of the oldest human fossils outside Africa and the Levant proving the existence of humans in the Arabian Peninsula.

A fossilized bone of an extinct mammoth elephant was also discovered from the region and it gives strong indications of the environmental situation and the climatic changes that the Arabian Peninsula experienced so that such animals could live in prehistoric times.

Earlier, the team had discovered human footprints dating back to 85,000 years on the banks of an ancient lake near Taimah in the desert of Al-Nafud in Tabuk region.

The traces of the footprints of several adult prehistoric people were scattered on the land and in an old lake.

Al-Herbish said the archaeological discoveries in a number of regions of the kingdom during recent years confirm the historical position of Saudi Arabia as a meeting place for human civilizations, and reflect the depth of the history of the Arabian Peninsula and the extent of its civilizational contribution to human history.

“These discoveries highlight the kingdom’s development in the field of archaeological findings through Saudi experts working in cooperation with universities, government agencies and research centers around the world,” he noted.

Al-Herbish said the commission is working to renovate the archaeological sites and opening them to visitors, in addition to organizing exhibitions specialized in antiquities inside and outside the kingdom.

Research and studies specialized in antiquities in its bid to highlight the national heritage are also prepared for publication to celebrate the discoveries at national and international levels. 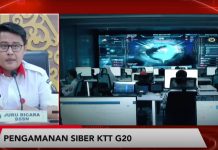 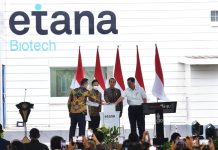 Students taking photos of teachers to barred from class