Bogor, West Java (Indonesia Window) – The diplomatic mission is not the monopoly of formal diplomats who stand in the first track to represent the country in the international community.

Diplomacy also has several tracks including that known as the second-track diplomacy which can be carried out by persons including students of the Integrated Islamic High School (SMAIT) Insantama in Bogor, West Java, who will travel to Egypt and the United Arab Emirates (UAE) for eight days from  November 4 to 12, 2019.

According to Insantama’s Director of Integrated Islamic School Students (SIT), M. Karebet Widjajakusuma, the high school students’ trips to the two countries are part of the Final Level of Leadership and Management Training (LKMA) which is mandatory to all the 12th grade students.

“LKMA is part of teaching and learning activities. In it students are trained on leadership and independence, as well as self-confidence,” he explained.

A number of preparations have been made by students and coaches to launch trips to the two countries, including physical training and the ability to prevent illness and treat themselves while abroad.

“Our students practice self-healing therapy to overcome their own health problems,” explained Karebet, adding that 97 students will join the LKMA program with seven supervisors.

In addition, students also get views on current issues in the country and the world from government institutions, academics, community organizations, and mass media.

The Insantama High School LKMA program has been running since 2012. This year Egypt and the United Arab Emirates are the destinations of these student activities.

“When the students are in the two countries, they will visit the Indonesian Embassy in Cairo, the Indonesian Consulate General in Dubai, the Indonesian Student Association, Al-Azhar University and other important and historic sites. They will also display angklung art and Saman dance in front of the public, “explained Karebet. Angklung is a traditional musical instrument from Indonesia’s province of West Java, and Saman dance is a traditional dance from the country’s province of Aceh.

In a presentation on the pre-trip to Egypt and the UAE, three student representatives from LKMA 2019 explained the reasons for choosing the two countries as the purpose of their activities.

“Egypt has the oldest civilization in the world and is the mother of civilizations. There is the oldest campus, the center of science, and its people are known to love reading,” Wildan Saputra said, adding that Egypt is also the land of the Prophets of Allah ﷻ.

Meanwhile, the UAE was chosen to be the LKMA goal of the year because it has been making progresses in several fields.

“The UAE is one of the safest countries in the world with almost zero percent crime rate. Unemployment there is only 2.46 percent with the highest economic growth rate in the world. And, the UAE is a country with an Islamic environment,” said Abdullah Rumaropen, another student representative.

According to the students, their trips to the two countries have a goal that is not only useful for them as students, but also for the people and government as policy makers and decision makers.

“Although we are still teenagers, we care of Indonesia’s current condition as it ranks 91 as a country that is threatened with failure. We will study when we are  in Egypt and the UAE, and compare the two countries to Indonesia,” LKMA participant Muhammad Afif said.

One of the Insantama High School students’ responsibilities is to collect travel funds amounting to Rp1.8 billion in six months.

Selling food, offering services, applying for sponsorships and donations, as well as monthly saving of pocket money are efforts made by students to carry out their mission to Egypt and the United Arab Emirates. 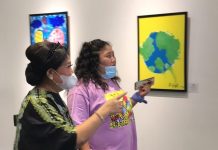 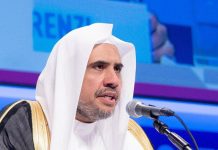 Schools in Pontianak closed due to smog

Saudi Arabia to resume all international flights from March 31