Jakarta (Indonesia Window) – Indonesia is participating in a trade fair for food, beverage and hospitality industry, the 2019 Fine Foods Australia, held at the Sydney International Convention Center on September 9-12, according to a statement from the Indonesian Consulate General in Sydney received by Indonesia Window here, Wednesday.

“Indonesia’s participation in the Fine Foods Australia is a reflection of the close cooperation between the government and business players in enhancing the Indonesia-Australia economic relations,” Indonesia’s Ambassador to Australia Kristiarto Legowo said in his remarks when opening the Indonesian Pavilion at the event.

In his remarks the ambassador said that Indonesia’s participation in this event was expected to boost Indonesia’s exports to the Australian market.

Ambassador Kristiarto expressed his appreciation for the participation of the eight companies.

Such products exhibited by the participants have been entering the Australian market including drinks and sweets made of curcumin, coconut-made drinks and coconut milk, nuts, instant noodles, coffee and coffee-flavored sweets, biscuits and chips.

Indonesia also took part in the barista competition on the second day of Fine Foods represented by two baristas, namely, Rimba Muharram from Cafe Leaf & Co. and Cindy Carolina from the Q on Harris.

On the sidelines of the Fine Foods, the Indonesian Consulate General in Sydney and ITPC Sydney held a talk show on Entering the Australian Food and Beverage Market.

The event was participated in by the Indonesian diaspora, food and beverage importers, the Indonesian Restaurant Association in Sydney, the Australia Indonesia Business Council of New South Wales, food bloggers, and the mass media.

Consul General Subolo hoped that the Indonesian diaspora in Sydney could be  agents promoting Indonesian export products to make them more popular among the Australians and penetrate the Australian market. 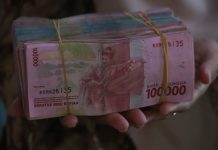 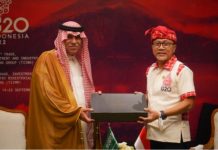