The world economic activity recovery following the acceleration of the COVID-19 vaccination programs pushed up major oil prices on the international market during June 2021.

In addition, the increase in major crude oil price on the international market in June 2021 was also influenced by the strengthening of crude oil market fundamentals as an increase in demands for crude oil in the United States, China and Europe, according to the Indonesian oil price team.

“The elected Iranian president, who is more conservative, raises the potential for the failure of the U.S.-Iran nuclear agreement and leads to the non-execution of the plan to remove sanctions against Iran and the plan to export Iranian crude oil,” the oil price team explained.

The increase in the use of motor vehicles during the summer driving season in the U.S. after restrictions relaxation and the acceleration of vaccination rates, also affect crude oil prices.

A number of publications stated that the increase in international crude oil prices was also caused by increased demands for crude oil.

The IEA (International Energy Agency) in its June 2021 report predicts global oil demands would return to pre-pandemic levels by the end of 2022, increasing by 5.4 million bopd (barrels oil per day) in 2021 and 3.1 million bopd in 2022.

OPEC (Organization of the Petroleum Exporting Countries) in the June 2021 report said global demands for crude oil in the QII of 2021 increased by 11.99 million bopd (14.4 percent) compared to that in 2020 with an increase in the world economic growth of 5.5 percent in 2021.

Meanwhile, the increase in crude oil prices in the Asia Pacific region was also influenced by the rise in Chinese crude oil demands following the hike in refinery utilization in the country which reached its highest level in June 2021 of 82.4 percent, after the end of the maintenance period.

“The increase in demands for gasoline products in China is 5 percent higher than the same period in 2019,” said the pricing team, adding that demands for crude oil from India remained strong, with an increase in 2021 by 10.82 percent compared to that in 2020.

The development of the average price of the main crude oil on the international market in June 2021 is as follows. 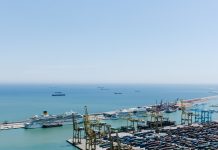 Indonesian crude oil price falls to 67.80 USD per barrel in...