“We must act immediately and can no longer wait. Violence in Afghanistan must be stopped because it will only erode efforts to make peace and build trust among the Afghan people,” Indonesian Foreign Minister Retno Marsudi said at the UNSC Arria Formula meeting on the Peace Process in Afghanistan which was held virtually on Friday (Nov 20).

The minister’s statement was in response to the violence that continues to occur in Afghanistan with more than 6,000 people dead this year.

Foreign Minister Retno also emphasized the importance of the peace process in Afghanistan with Afghan-owned and Afghan-led principles, as well as placing the Afghan people at the center of the process.

To achieve those goals, Minister Retno emphasized that the international community should increase its contribution to helping the peace process in Afghanistan.

International assistance is needed to increase in order to create a more conducive situation, build government capacity, as well as sustain the economy of the Afghan people.

Foreign Minister Retno also stated that the synergy between U.N. agencies should be strengthened to support the peace process in Afghanistan, protect vulnerable groups, as well as empower women.

All people should be involved in the process of reconciliation and national development, she said.

Retno further reiterated Indonesia’s commitment to continuing its support for Afghanistan to achieve the peace in the country which is located between Central Asia and South Asia.

The U.N. Security Council is considered to have an important role in pushing for a ceasefire, implementing sanctions, supporting efforts to fight terrorists, and promoting regional connectivity efforts.

The countries participating in the meeting expressed their supports for an inclusive peace process in Afghanistan and condemned the continuing violence.

A number of countries also commended Indonesia and Germany for their roles in leading the discussion on the Afghanistan agenda in the U.N. Security Council.

Arria Formula aims to identify efforts that the U.N. Security Council and the international community could support the Afghan peace negotiations and ensure stability and peace in this country.

Indonesia is one of the sponsors of the Arria Formula meeting along with Afghanistan, Estonia, Germany, Finland, Norway and Qatar. 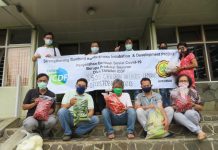 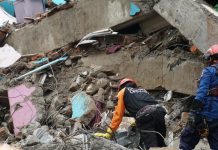 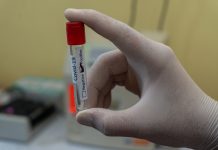