The B40 product is a two-year development from B30 which is a mixture of 30 percent biodiesel in diesel fuel.

Jakarta (Indonesia Window) – The Indonesian Ministry of Energy and Mineral Resources launched a road test of B40 biodiesel products in Jakarta on Wednesday.

The B40 product is a two-year development from B30 which is a mixture of 30 percent biodiesel in diesel fuel.

“Indonesia is one of the pioneer countries in the use of biodiesel,” Minister of Energy and Mineral Resources Arifin Tasrif said at the launch of B40 road test.

He hoped that the biodiesel development in the country would continue up to B100 so that Indonesia could reduce its financial balance deficit considering that the reserves and availability of fossil fuels are starting to decrease.

Furthermore, the minister explained that the road test aims to determine the quality of B40 products before they are actually used more widely.

“This road test is the final series of tests as a basis for considering the implementation of B40 so that it can run well,” Arifin said.

The B40 road test phase is expected to be completed by the end of 2022, and can produce technical recommendations for a B40 implementation policy. 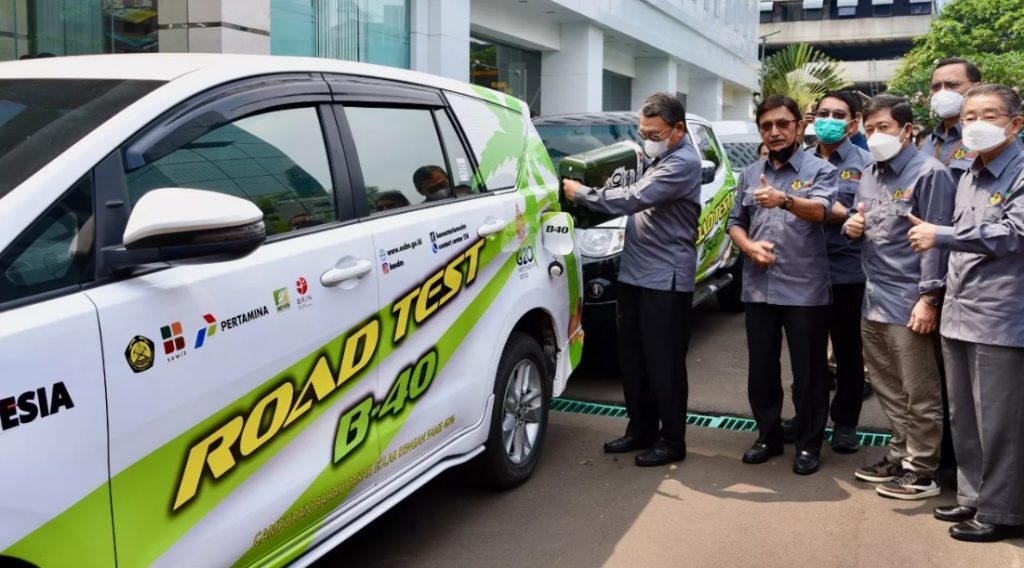 Meanwhile, in his report, Director General for New and Renewable Energy and Energy Conservation at the ministry, Dadan Kusdiana, said the B40 road test involved 12 vehicles.

The B40 test, he explained, included handling and analyzing fuel consumption, fuel and lubricants quality, performance on the chassis dynamometer, merit rating of vehicle components, and vehicle stability tests.