Jakarta (Indonesia Window) – The Indonesian government has expressed its expectation that India would loosen the export permit for a number of therapeutic medicines urgently needed in the former country.

It was conveyed by Indonesian Minister of Foreign Affairs Retno Marsudi in a bilateral meeting with her Indian counterpart ahead of the G20 Foreign Ministers Meeting, according to a written press statement received by Indonesia Window here on Tuesday.

“As we know, due to the COVID-19 situation in India, India has imposed temporary restrictions on the export of vaccines and medicines,” Retno explained.

She added that Indonesia’s request was considered positively by India.

“Indonesia has conveyed the details of the medicines needed at this time,” said Minister Retno.

The G20 Foreign Ministers Meeting was held on June 29, 2021, in Matera, about 424 kilometers south of Italy’s capital city of Rome. 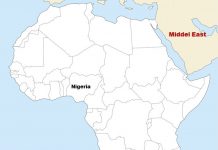 Indonesia’s digital competitiveness index ranks 56th of 63 economies in the...