The arrival of the CoronaVac vaccine is the 18th stage.

The minister of health explained that the raw materials for the vaccine will be processed by Bio Farma in West Java province’s capital of Bandung, to become a ready-to-use vaccine.

To achieve herd immunity, the government targets to vaccinate around 181.5 million Indonesians.

The minister of health reminded that even though they have been vaccinated, there is still the possibility of being infected with COVID-19, but with relatively mild symptoms. 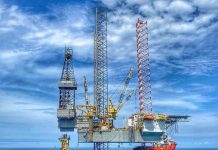 Indonesia’s oil reserves to run out in next 9.5 years