Following the last month attack that hit Khurais oil field, Aramco said the company is now using smart technology to operate and maintain its oil wells, allowing it to close more than 300 wells through remote access, the Saudi Gazette reported as quoted by Indonesia Window here on Sunday.

This operation was carried out, following the terrorist attack on Khurais oil fields last month, through the smart field system, which operates the oil fields and wells that are spread over a wide geographical area. The system is in place to control it remotely.

A recent report by the company revealed that the five oil units in Khurais operate independently, providing flexibility in restoring and resuming production.

The highly sophisticated facility design and investment in many sustainability features have played an important role in enabling the oil fields to withstand strong attacks.

Other production units were intact, which was an important factor in restoring production within 24 hours after the attacks.

Aramco described the shutdown of the Khurais field as “ideal”, stressing that closing it is a fine example of the art of remote control through advanced technology from the central control room. 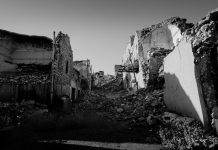 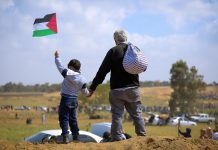