Jakarta (Indonesia Window) – The World Health Organization (WHO) appreciates ASEAN’s efforts in overcoming the impacts of the COVID-19 pandemic.

WHO’s director general Tedros Adhanom Ghebreyesus made the statement at the 37th ASEAN Summit which was held virtually on Thursday (Nov 12).

“The Director General of WHO appreciates ASEAN’s response which is considered effective with high commitment, and ASEAN is open to learning from each other,” Indonesian Foreign Minister Retno Marsudi said in a written statement.

On the same occasion ASEAN’s Secretary General Lim Jock Hoi said such difficult situations are being faced by Southeast Asia countries during the COVID-19 pandemic, in which tourism, trade and Foreign Direct Investment (FDI) fall by 71 percent, 12 percent, and 33 percent respectively.

“However, the Secretary General (ASEAN) also reported that ASEAN continues to work hard to maintain optimism and cooperation, and make progress in the three pillars of ASEAN, namely politics, economy and socio-culture,” FM Retno said.

In the future, ensuring a proper foundation for recovery; restoring higher productivity in the region; and create a better and more integrated ASEAN community are three main points which will be prioritized. 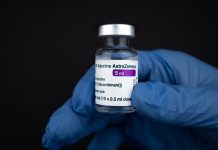 Indonesia has more than 1,500 lakes