Jakarta (Indonesia Window) – The size of a tent for each pilgrim in Mina and Arafat in the Hajj 1441 Hijr/2020 pilgrimage is expected to be four times larger than that previously allocated, following the decision of the Saudi Arabian Government to reduce the number of this year’s pilgrimage to no more than 10,000 people.

The size of the pilgrims’ accommodation allows the local government to organize and control the crowd to ensure their health and safety during the pilgrimage, Advisor to the Saudi Hajj and Umrah Minister, Faten Bint Muhammad Hussein told the Okaz / Saudi Gazette on Wednesday (June 24).

According to her, the presence of a large number of pilgrims will definitely make transmission of COVID-19 infection easier.

“But such an eventuality could be averted due to the ministry’s decision to limit the number of pilgrims together with strict compliance with instructions of the Ministry of Health with regard to social distancing, at least two meters per person,” she said.

Faten said the decision to limit the number of pilgrims was the right and wise step.

“The decision was made after an in-depth study by the National Center for Disaster and Crisis Control at the Ministry of Health which plays a very important role in analysing indicators that support decision makers in the kingdom. The ministry has also communicated with the World Health Organization,” Faten explained.

Previously, in a virtual press conference held on Tuesday (June 23), Saudi Arabian Hajj and Umrah Minister Muhammad Saleh Benten said that the number of domestic pilgrims allowed to perform hajj this year would not be more than 10,000 people.

Those who can perform the pilgrimage this year are residents in Saudi Arabia, including foreign nationals residing in the kingdom.

Minister Benten stressed that people from outside the kingdom’s territory would not be allowed to perform hajj (the fifth pillar in Islam) this year. 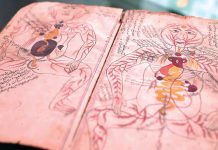 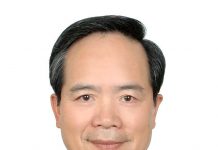