Jakarta (Indonesia Window) – The Saudi Embassy in Jakarta recently arranged a meeting between a Saudi woman and her Indonesian mother after they remained separated for about 20 years, Saudi Ambassador to Jakarta Essam Abid Al-Thaqafi has announced.

He said the embassy arranged a video conference between the Saudi woman in Riyadh and her mother in Jakarta through Skype.

“It was a very touching meeting,” the ambassador said, Saudi Gazette reported as quoted by Indonesia Window here on Sunday.

He said the embassy is currently working to arrange a direct meeting between the two either in Riyadh, where the daughter is living, or in Jakarta where the mother is staying.

Thaqafi said they have clear-cut instructions by the leadership to give utmost care to the Saudi citizens abroad, support them and solve all their problems.

He said a Saudi woman contacted the section of the Saudi affairs in the embassy and asked them to help her locate her Indonesian mother who left the Kingdom when she was only three years old following the death of her husband.

The ambassador said after scrutinizing all the files, they found out that the marriage of the Saudi husband and his Indonesian wife was documented at the concerned authorities in the two countries and that all the identity papers were correct.

He said the staff of the Saudi affairs section made extensive search for the mother and were finally able to locate her.

“The embassy on Friday arranged a visual meeting between the daughter and her mother. It was a very touching moment because of the difference in languages,” he said. 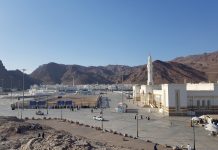 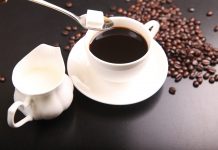