Jakarta (Indonesia Window) – Saudi Arabia nominates former Minister of Economy and Planning Mohammed Al-Tuwaijri as a candidate for the position of Director General at the World Trade Organization (WTO), according to the Saudi Gazette report.

The current head of the WTO Roberto Azevêdo will end his term of office on 31 August 2020.

Shortly after the nomination period closes, candidates will be invited to meet with members at a special WTO’s General Council meeting to present their views and take questions from the members.

In addition to Al-Tuwaijri, who is an adviser at the royal court, six other candidates are from Egypt, Kenya, Mexico, Moldova, Nigeria and South Korea.

In its memorandum to the WTO, Saudi Arabia’s mission to the WTO affirmed the great belief the kingdom places in the multilateral trading system and the organization’s vital role in it.

The mission also stressed that Saudi Arabia realizes the importance of the leading role of the WTO in drafting and enforcing international trading rules, in addition to caring and developing the economy and global trade.

Al-Tuwaijri has a proven record of experiences.

He obtained a Master Degree with honors in Business Administration from King Saud University in 1998 and held many of the leadership positions that enabled him to stand for the post.

He has as a minister of economy and planning, as well as a member of the Cabinet and the Council of Economic and Development Affairs from 2017 to 2020. 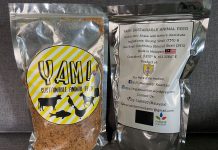 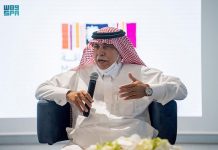