Jakarta (Indonesia Window) – The Indonesian embassy in Cairo, Egypt, has continued to intensify the cultural diplomacy, especially through a study program on the Indonesian language for foreign speakers since 2016, which has brought about a great result.

Indonesian is now one of the study programs at Al-Azar University’s Faculty of Languages ​​and Translations. The program was inaugurated on Wednesday (Oct 9) at the faculty hall.

On that occasion, Indonesian Ambassador to Egypt Helmy Fauzy said Indonesian or known as Bahasa Indonesia was widely used by the majority of Southeast Asian nations which are predominantly Muslims.

“There were many Islamic scholars and thinkers born in the region. Unfortunately, their works are not broadly known by people in the Arab world. In addition, people in these countries need Al-Azhar scholars and preachers who master local traditions and cultures,” Ambassador Helmy remarked.

According to the Rector of Al-Azhar University, Prof. Dr. Mohamed Husein al-Mahrashawi, teaching Indonesian as a second language is the first step in preparing for the opening of the Indonesian Study Program at Al-Azhar.

Meanwhile, Al-Azhar’s Deputy Rector for Academic and Student Affairs Prof. Dr. Yusuf Amir hoped that Al-Azhar students who choose Indonesian as a second language would be given the opportunity to study in Indonesia for two years.

“Hopefully, they can master Indonesian from its source,” the deputy rector and professor of Urdu said.

In order to realize the opening of the Indonesian Language Study Program at the world’s oldest university, the Indonesian Embassy in Cairo collaborates with a number of stakeholders, both from Al-Azhar and some parties in Indonesia.

Earlier, the stakeholders conducted several Focused Group Discussions, one of which was attended by the Dean of the Faculty of Languages ​​and Translations of Al-Azhar University at that time, Prof. Thaha Badri.

The results of the FGD were then delivered to the Al-Azhar rector and were discussed at the university’s senate assembly.

The Senate of Al-Azhar University then agreed to teach Indonesian as a second language at the faculty which began in the academic year 2019/2020.

The Rector of Gadjah Mada University Prof. Dr. Panut Mulyono said the three Indonesian universities included in the consortium of Indonesian language teaching at Al-Azhar were responsible for the course of the study program.

Among efforts to implement the commitment is to send four lecturers to Al-Azhar and provide scholarships for students who choose Indonesian as their optional course, he said. 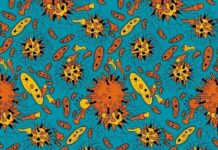 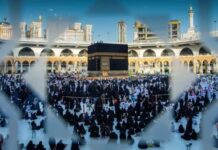 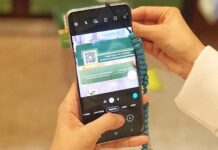 Indonesia sets renewable energy investment worth US$20 billion until 2024