Jakarta (Indonesia Window) – Steve (his last name unknown) is an American citizen who works in the tourism sector in Miami, the United States.

Together with his friends, Steve travelled to Abha, the capital of Asir Province, which is located about 965 kilometers southwest of Riyadh (the capital of Saudi Arabia).

No one thought that this man’s visit to Saudi Arabia to relax would turn out to be a way for him to find the truth of Islam.

Steve, who was visiting the kingdom for leisure purposes and in his own words to “explore the beauty spread over the length and breadth of the whole country” stated that he was curious to know about the birthplace of Islam and the major development and progress of the country’s 2030 Vision.

Providentially, and as if as pre-destined, Steve lived in the same neighbourhood as Sheikh Abdul Rahman Al-Sudais, the General President of the Two Holy Mosques, who at the time was also spending some days in Abha.

As soon as the sheikh arrived at his inn in Abha, he asked Saad Al-Matrafi about his neighbour.

Upon learning that his neighbour was a US citizen, Sheikh Assudais asked Saad to send Zamzam water, Arabian coffee and dates to Steve as gifts.

When receiving the present, a surprised Steve asked Saad the reason for giving the gift.

Saad replied briefly that Islam teaches Muslims to do good to others.

From then on, there was a good relationship between Steve and Saad.

In several meetings and chats, Saad learned that Steve had previously read and heard a lot about Islam and Muslims.

To Sheikh Al-Sudais, Saad said that Steve was very interested in knowing more about Islam and never stopped reading books on this teaching.

Steve’s story impressed Sheikh Assudais so much that he asked Saad to meet his American neighbour.

One morning when Steve and Saad were taking a walk in a park, they had a long talk about Islam, especially about how this noble teaching governs worldly affairs.

The following morning, Steve went to Saad and told him that he had spent most of the night pondering and thinking about Islam.

At that time Steve emphasized that he was ready to accept Islam as his belief.

Saad, who was very happy to hear the news, immediately advised Steve to say the shahada sentence in front of Sheikh Al-Sudais.

After three years of studying Islam, Steve finally embraced Islam by saying the shahada under the guidance of the sheikh.

Sheikh Al-Sudais then invited Steve to perform umrah (minor hajj) in Makkah and worship at the Prophet’s Mosque in Madinah.

“Steve was so overwhelmed with joy that he could not hold back his tears,” said Al-Matrafi, who witnessed the thrilled moment.

Sheikh Al-Sudais pointed out that Steve “was now his brother in Islam”, adding that what casted a lasting impression on Steve’s mind was the purity of Islam and it’s sublime teachings of the Oneness of God.

He specifically mentioned the story of Prophet Muhammad (ﷺ) and the Jewish woman.

“Our beloved Prophet (ﷺ) had a Jewish neighbour who used to throw garbage at him. Instead of reacting with anger, Prophet Muhammad (ﷺ) showed kindness.”

“When the Prophet (ﷺ) learned one day that the neighbour was sick, he went to visit/care for that neighbour.”

“This is an invaluable life lesson for all of us on the rights of our neighbours,” the sheikh said.

According to Steve, Islamic teachings about justice, tolerance and compassion really impressed him.

He expressed his immense gratitude and appreciation for the kindness and hospitality he found with the Saudi people, describing them as simple and caring.

In an array of emotions, he continued to share his experience and said he felt like he was with his own family, his own “brothers”.

Good neighbourliness, tolerance, fairness, compassion and Saudi hospitality have brought Steve to enquire about Islam and became a Muslim. 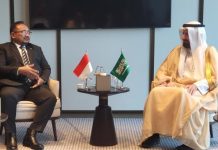 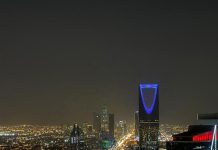 COVID-19 – Indonesia to start vaccination for public workers on Feb....

TB vaccine made by Indonesian scientist to be produced in Ukraine