Jakarta (Indonesia Window) – Although the people of South Korea are considered to have no affiliation with any religion (the majority of Christians are above 25 percent of the total population), there are more than 50 Indonesian mosques in the country of ginseng.

Of the number, almost all of them were built with self-finance by Indonesian people in South Korea who are mostly migrant workers, said a statement from the Indonesian Embassy in Seoul which was received in Jakarta on Monday.

The Indonesian mosques in South Korea have something unique as they have cooks who play a very important role in preparing typical dishes of the archipelagic country at every religious celebration.

Not only are the cooks of the Indonesian mosques able to treat Indonesian citizens who are longing for Indonesian cuisines, but they also indirectly serve as  envoys for the country’s culinary promotion. The foods they cook are not only served for Indonesians, but also the mosques’ worshipers from all over the world. 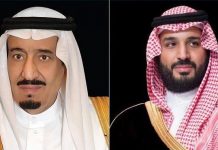 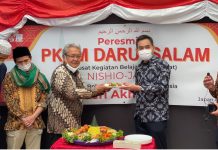 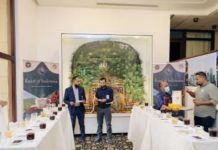